As a same day courier Oxford we rely heavily on the automotive industry , Oxford has been at the heart of the UK automotive industry and has been manufacturing cars for over 100 years! and it is still to this day involved with car manufacture with BMW having a manufacturing plant producing their Mini range. The first ever Mini was manufactured in 1959 by the British Motor Corporation (BMC, it was a popular car at the time due to it being small and economical to run especially in the era when there was a fuel ration. 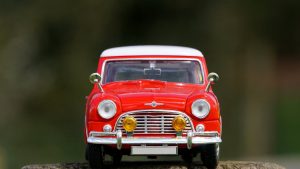 The mini was originally named the Morris Mini Minor and was re named it 1961 as Austin Seven only 8 years later Mini became its 3rd and final name. The Mini became the best-selling British car and sold over 5.3 million! It was viewed as an icon of British Culture during the 1960’s. We at All About Freight move a lot of automotive parts around the country, the supply chain in Oxford rely heavily on Same Day couriers such as ourselves keeping the lines in operation. Over the years the mini has changed not only in its looks but also with an upgraded engine and performance but it has always tried to keep the exterior as similar as possible to the original Mini. BMW bought the “Mini” brand and in 2000 they launched a new modern car which has been a  huge success! The range now has many different models to suit your needs whether it be a hatchback, convertible or a 4×4. Also expanding its manufacturing to Australia where the 4×4 model is now manufactured.  Mini have also brought out a new electric version!

Our Same Day Couriers in Oxford would love the time to stop and take a look around the city as it has so many places to see and experience but unfortunately our Same Day deliveries need urgent attention meaning there is little time to see the museums on offer. The Oxford Natural History Museum is one of the more well known in the area is a great place to visit and experience things you never normally get the chance to, from huge dinosaur bones to the tiniest bug in existence. It’s a great family day out, I have been many a times with my family and has many events going on all through the year, it’s a place you can visit  over and over and never get bored! 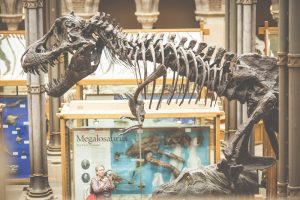 The Oxford Museum has a Dinosaur jaw bone on display that was the first find of its kind, being completely new they named it the Megalosaurous, meaning “Great Lizard” ,this dinosaur was over 9 metres in length. It was found in the late 18th Century just 10 miles north of the museum. Back in the 18th century this was most likely to of been moved via horse and carriage such was the transport the 18th century couriers would of used. I wonder if it was a long wheel based, curtain side or drop side carriage? They have also found footprints in Ardley Quarry that have now been cast and are on display on the front of the museum, what do you think they are of?

Another world famous museum is the Ashmolean museum, it is a stunning museum filled with art, sculptures and a coin room.  The Ashmolean museum uses material evidence found from many years ago to create the art found in the museum today, 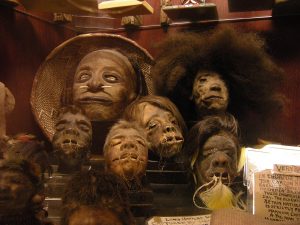 It is also a research institution and an important facilitator of research for the university of Oxford and Scholars worldwide. Ashmolean is known for its oldest largest and best preserved collections in the UK with the shrunken heads being at the centre of their display. At All About Freight we specialise in moving fragile items, all of our Same Day deliveries are fully insured and handled with extreme care … maybe one day we might get the chance to courier a piece of History to the Ashmlean Museum!

Everyone likes a bit of Poetry now and then and Philip Larkin is a well know poet with links to Oxford. He was born in Coventry in 1922, at the young age of 8 he joined his schools magazine, he later went on to be the editor showing a passion for writing from an early age. Larkin then went to St.John’s College in Oxford, World War II had started and young men were being called up to fight for their country, unfortunately Larkin could not join the up and fight due to a failed medical, his eye sight was too poor to fight so Larkin stayed on in Oxford and carried on his studies in  English and passed with First Class Honours. 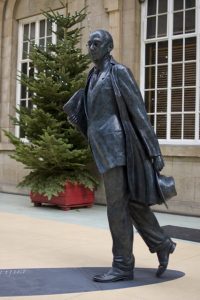 Larkins first published works was ‘Ultimatum’ in 1940, a lot of his work was inspired by the war raging around him, unable to be part of it. It was when the ‘The Less Deceived’ was published that Larkins reputation was cemented as one of the foremost figures in 20th Century poetry. His last collection was High Windows and was published in 1974 this conformed Larkin as one of the finest poets in English literary history! understandably Larkin won many amazing awards for his poetry. Unfortunately Larkin became ill when he was awarded his much prized Order of the Companion of Honour and was unable to make the ceremony at Buckingham Palace, Larkins health deteriorated and he passed away on December 1985 at 63 years of age.

I am slightly excited to know as a huge fan of Harry Potter here at All About Freight that some of the filming for Harry Potter was filmed in Oxford, more specifically at Christ Church, Divinity Hall, Duke Humphries Library and the New College Cloister. 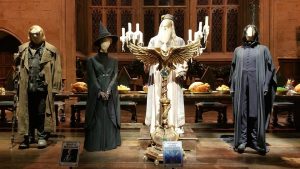 The Great Hall  at Christ Church was the inspiration for the Hogwarts dining hall scenes, they took various pictures and used them to film shoots of the hall, when visiting the hall you can see the similarities. The stair way at Christ Church was also in the “Chamber of Secrets” and “The Philosophers Stone”. As couriers we have had the opportunity to move numerous film sets across the country and to varied locations. If you work in the film industry and need anything delivered from costumes to pyrotechnics same day then give us a call. 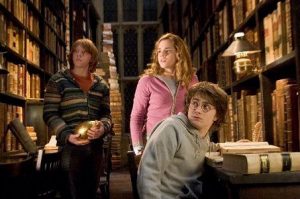 The New College cloisters was used in the Goblet of fire when Harry had fallen out with everyone and Harry turned Malfoy into a ferret!.

Duke Humphries Library is in the “Philosophers Stone” in the scene when  Harry was under his invisible cloak and is scared by what he is reading in the restricted area of the library, and finally Divinity Hall was the Hogwarts infirmary in the “Philosophers Stone” after Harry was face to face with you know who! imagine all the production that went into delivering all the set they needed to these places in Oxford. plan your visit and see all these places here on

Everyone loves random and interesting facts and we are no different at All About Freight, did you know that no one knows when Oxford University was founded?  A theory to which many people believe is that Henry II had an extremely complicated relationship with the French, during this time he banned any English man from attending the university of Paris. 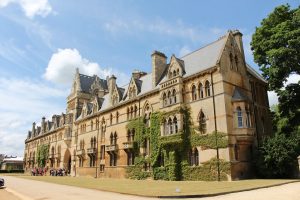 This saw an influx of people coming to Oxford and what people believe the beginnings of Oxford University. The ban on attending the French University  would definitely cut the cost of shipping for the students couriering their belongings over to France! No wonder Oxford became so popular as who would want to disobey King Henry II !! If you’re interested in the University you can find out more following the link http://www.ox.ac.uk/ 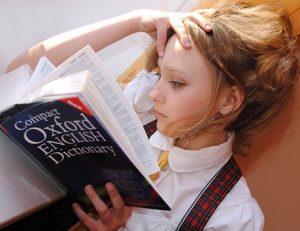 Starting at the beginning with the letter A (obviously) it was an extremely slow process to complete, taking four years to get to the word “Ant” Fortunately our Same Day Deliveries in Oxford are completed a lot faster! The dictionary once completed was such a success it has been published for over 100 years, one of the many reasons why Oxford University became a global name in comparison to other Universities. Just imagine how many dictionaries have been shipped in that time!