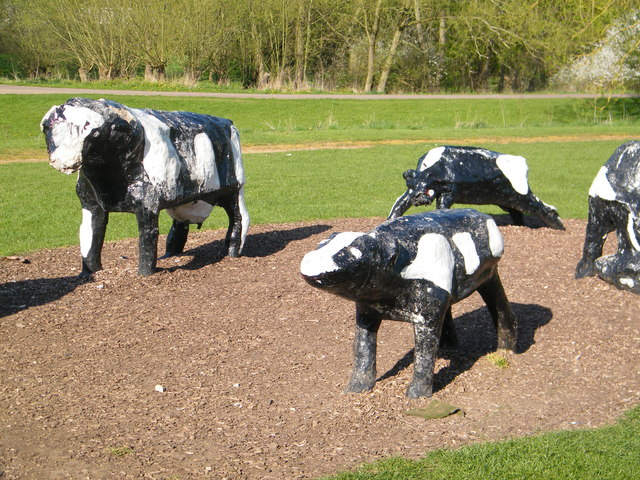 When Milton Keynes comes to mind with our Same Day Couriers I’m sure they think concrete cows, way too many roundabouts and ‘Satan’s layby’, and there are some who claim it’s home to the Illuminati’s headquarters. 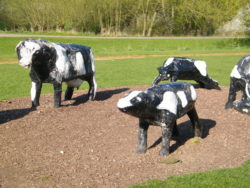 In 1967, the then housing minister, Anthony Greenwood, granted permission for a ‘new town’ that would become a city in scale, this was so desperately needed to relieve housing congestion in London. The New Town or “New City” of Milton Keynes was to be the biggest yet, with a target population of 250,000, in an area of about 22,000 acres, This area incorporated the existing towns of Bletchley, Wolverton, and Stony Stratford, along with another fifteen villages and farmland in between. These settlements had an extensive historical record since the Norman conquest, detailed archaeological investigations prior to development revealed evidence of human occupation from the Neolithic age to modern times, including in particular the Milton Keynes Hoard of Bronze Age gold jewellery.

Recognising how traditional towns and cities had become choked in traffic, they established a ‘relaxed’ grid of distributor roads, leaving enough space for future extension as the city grows.

An extensive network of shared paths for leisure cyclists and pedestrians criss-crosses through and between them, Milton Keynes has one of the more successful economies in the UK, no wonder our courier service is busy delivering and collecting in and out of Milton Keynes! It is ranked highly against a number of criteria and is one of the UK’s top five fastest growing centres, it has benefited consistently from above-average economic growth, and has the fifth highest number of business start ups per capita. At All About Freight our Same Day Couriers in Milton Keynes are pros when it comes to helping new businesses, with our reliable and committed delivery drivers the stress of setting up a new business and its logistics are greatly reduced!

Milton Keynes At The Heart of the UK Film Industry 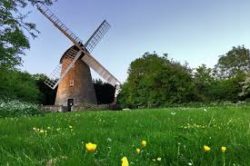 Milton Keynes has established an excellent track record in film and TV activities, both as a location and as a base for services associated with the sector, with it’s accessibility to London and close proximity to the major film studios this has largely contributed to this success. There are so many different locations available for filming, all different and unique to suit the era and theme of the film, some of the areas are:

With London and the major film studios being so close it makes it possible to have sets and props delivered with ease to the filming location so the whole process runs smoothly.

Having access to all sized vehicles our Same Day Couriers in Milton Keynes are called for urgent deliveries daily and get excited about getting to have a sneak peek when delivering the props as to who they may spot during filming! Here are some of the films that have been filmed or part filmed in Milton Keyenes,

Superman IV: The Quest for Peace

The Meaning of Life

The Xscape has an indoor ski slope, leisure facilities, restaurants and bars, Xscape Milton Keynes opened in 2000 and is a major feature on the skyline of Central Milton Keynes, 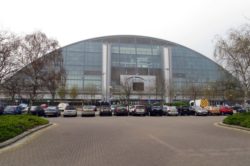 I have always wondered how they got all that snow delivered into the centre but they actually make the snow there with 16 large snow cannons making tones of it every few weeks! The Xscape is 44 metres high making it the second tallest building in Milton Keynes after Mellish Court in Bletchley. Xscape features a 170m long real-snow ski slope, a 16-screen cinema, a number of shops and restaurants and a climbing wall. An interesting point is the two large funnels on the front of the building are sometimes mistaken for lifts or part of the cooling system; in fact they are stairs!

The Xscape also has many other activities such as Gravity a trampoline park, very popular place for the kids …. And big kids, IFLY where you can experience indoor skydiving, Hollywood bowl, Rush VR a high quality VR gaming centre for the whole family to join in! The Xscape also holds the UK’s second super casino if you fancy trying your luck … With access to snow sports all year around, 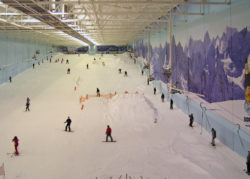 they have taught nearly 2 million guests since opening in 2000! If you can’t find something you enjoy at the Xscape we would be surprised as this is an amazing place and is always buzzing with fun and laughter, if you’ve not been its well worth a visit!

Centre:mk provides an enjoyable and relaxed shopping environment that is a complete day out for everyone under one roof, 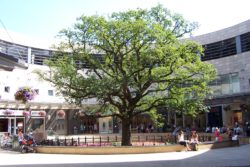 there is a vast mix of the most loved high street shops and restaurants whilst continuously investing in the centres unique events space, which acts as a central hub for a variety of free activities each month. Centre:mk are constantly delivering bigger and better experiences, they even have a roaming ‘Guest Services Team’ that are always on hand to answer any questions you may have as you shop in the Centre:mk! Over the next three years, the grade two-listed building will undergo a series of enhancements. The £60 million investment programme includes the recently completed £10m refurbishment of Sunset Walk, designed by architecture and design company, Rawls. The next phase will see the development of new state of the art customer facilities on Deer Walk, including a customer service lounge, family facilities and WCs, together with work beginning this spring on a new 1,400 space multi–storey car park adjoining John Lewis. Centre:mk has many pieces of art work displayed around the shopping centre to look at, 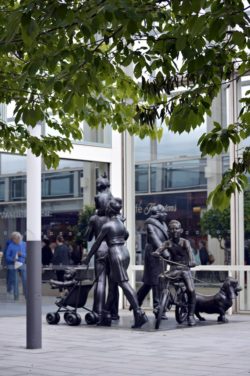 there is a kinetic sculpture ‘circle of light’ made in 1980 by Liliane Lijn which hangs from the ceiling of midsummer arcade, although the mechanism has not been operated for many years. A sundial and associated bollards from 1979 by Tim Minett, a stainless steel sculpture of ‘Acorns and leaves’ made in 2000 by Tim Ward, and not forgetting the concrete cows made in 1978 by Liz Leyh and many more to see as you shop around the centre! With daily deliveries to and from site we are always available for collecting and delivering large items.

The Parks Trust is an independent, self-financing charity and care for over 6,000 acres of green space in Milton Keynes, including the river valleys, ancient woodlands, lakesides, parks and landscaped areas alongside the main roads which represent 25% of the city. The trust continues to take ownership of additional areas of green space as Milton Keynes expands. In most cities across the country, parks are usually owned and managed by the local authority, but the city’s founders wanted to be sure that such unique green landscapes would be managed and protected forever, without having to compete for funds with other council priorities. So, The Parks Trust was created in 1992 to care for most of the city’s green space. The park trusts mission is “To create beautiful and inspirational parks, lakes and landscapes that will be loved by the people of Milton Keynes, forever.” 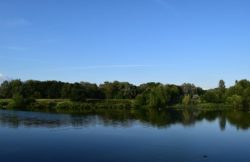 The trust is committed to safeguard the land and the environment for future generations, They maintain 6,000 acres of parks, lakes, woodlands, nature reserves and green spaces including 80 miles of landscaped area alongside the roads, the trust also provides new facilities and enhances habitats, they organise some 200 events in the parks each year. It is refreshing to see such a big city take care of the green land around them as well as they do in Milton Keynes, take a look on there website to see there many up coming events why not join in and help this charity.